Sensory Path Design Ideas –  We created layouts of some of our popular sensory paths.
See ALL of our Sensory Paths

We are shipping  Social Distancing Bundles daily.  Order today and receive your order in less than 2  weeks. (North American orders only) 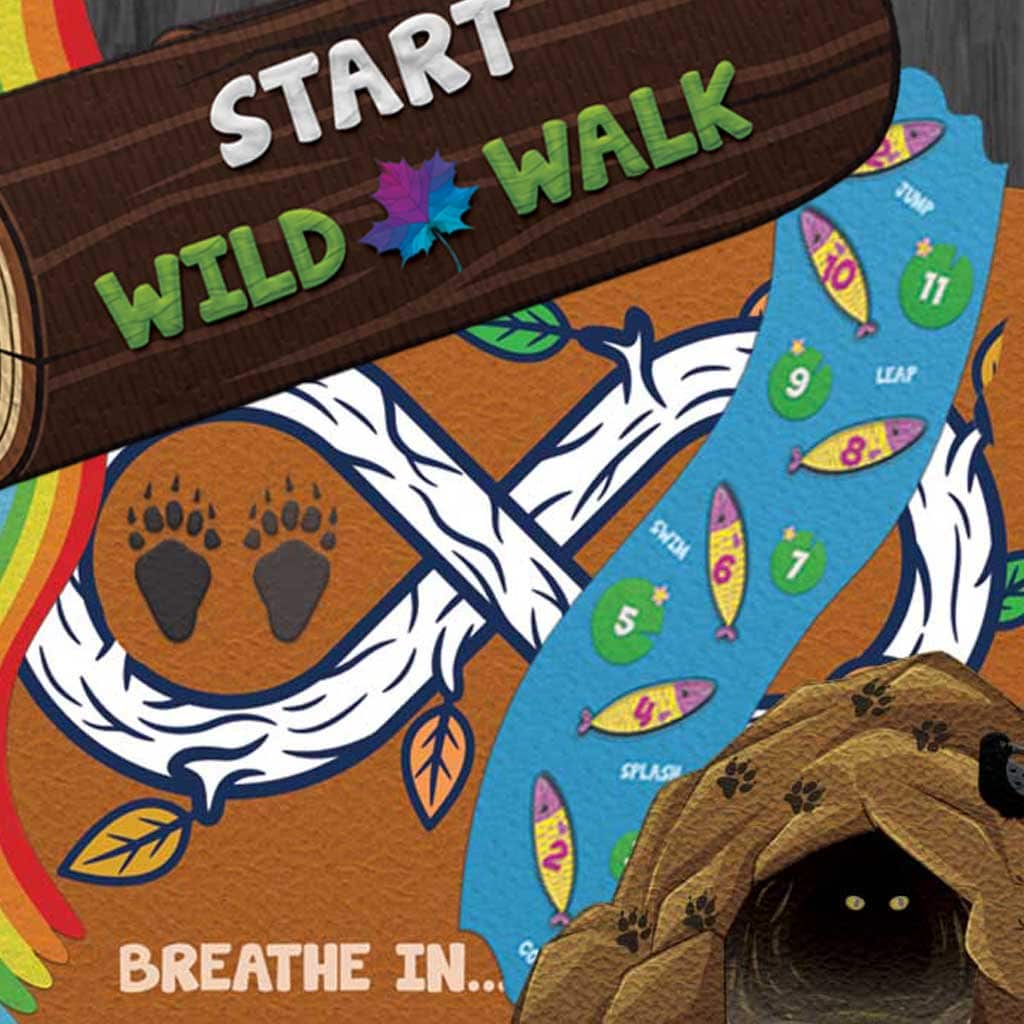 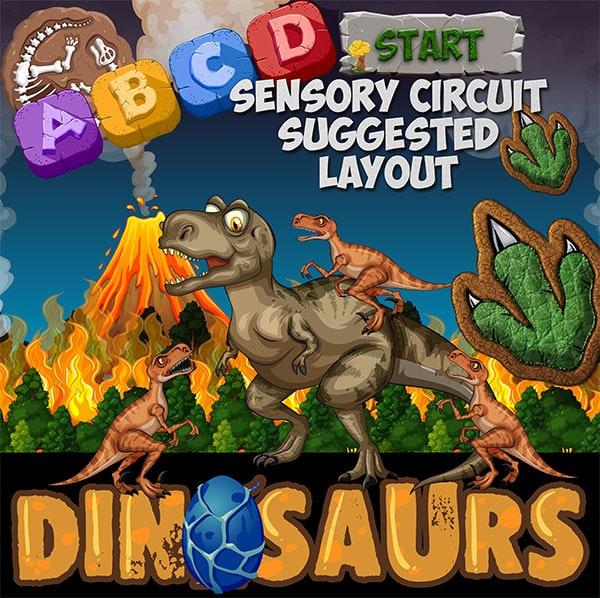 Jump and Sea Path in store 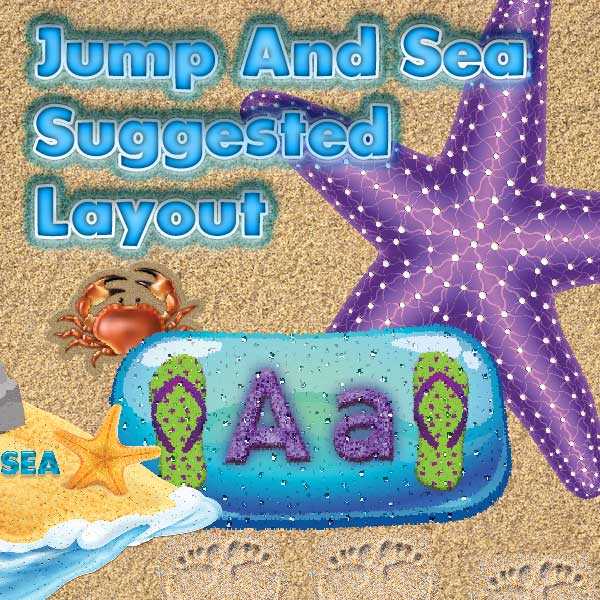 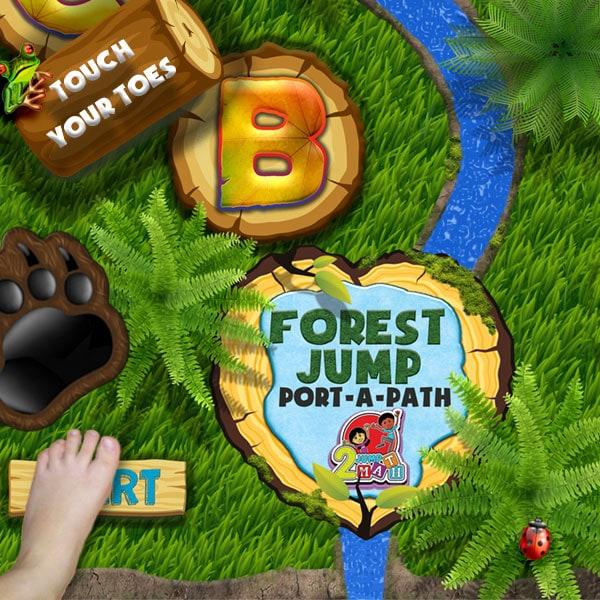 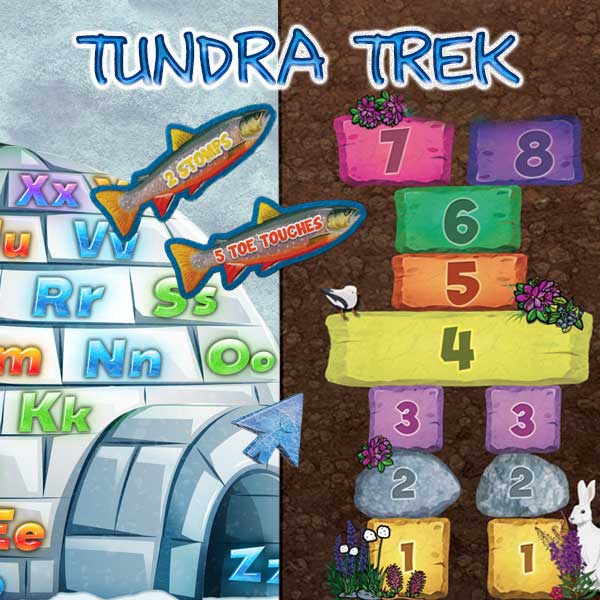 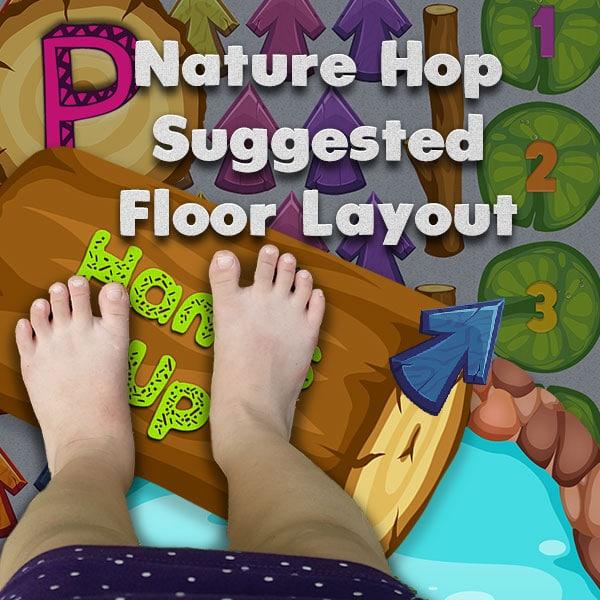 OUTDOOR SENSORY PATH VERSION
* All of our sensory paths and wall murals can be printed on outdoor durable material.
Let us know which one you would like a quote for outdoors! 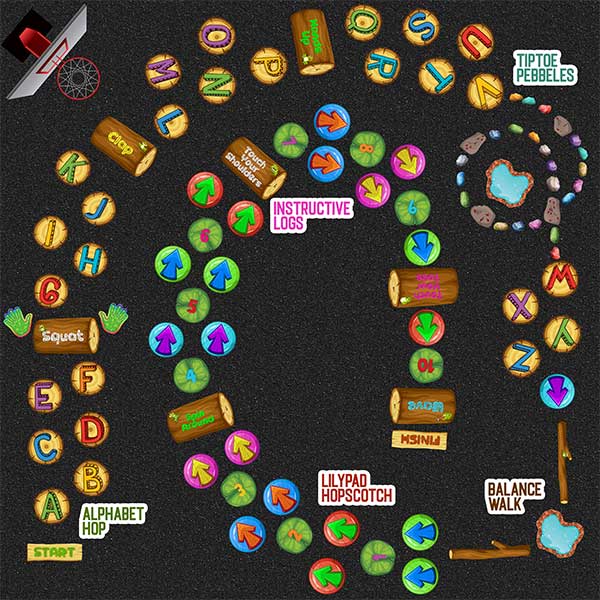 Game: Just Do It!

Create some index cards that work with your sticker floor design. For example, using design # 1

Here are some examples:

Students can create some of the challenges. Make sure that they demonstrate that their challenge can be followed safely.

Students walk on the numbers while the music is playing. When it stops they must stop on a number and follow the leader’s instructions. If the card says “hop on your left foot” the student must look at the number that they are standing on and perform the action that many times.

Needed: index cards with the numbers 1 to 10, music, and grade-appropriate questions. Students move along the numbers and when the music stops the leader calls out a number, for example, 8. The person on number 8 must answer a grade-appropriate math/language question to continue in the game. If they can’t answer the question they must run/hop around the circle five times. (Adjust as appropriate.) Repeat.

Arrange the coloured arrows in the hallway so that students can safely move from one to the next.