A new dimension for a classic and challenging game!  Free shipping in North America.  No taxes if in U.S.

Introducing Medieval Magnetic Wall Chess.  We combine Art and Function in this one of a kind magnetic wall chess set.
Install this iconic chess set in a school, library, or home. It can go on a wall, window, table or even the ceiling if that’s your thing!

We combine Art and Function in this one of a kind magnetic wall chess set.
Introducing Medieval Magnetic Wall Chess

Travel back to medieval times with chivalrous knights, steel armor, epic battles, and the stories that shaped our world. From crusaders to King Arthur, this chessboard comes to life in the room you choose.

Safe, Timely Arrival
Every order is thoughtfully packed for safe arrival. Plus, your delivery time is less than 10 days all the way to your door (48 Contiguous states and Canada)  Install this iconic chess set in your library, Man Cave or family room for all to enjoy!

It can be placed on a wall,  or even the ceiling if that’s your thing!  You can’t beat the minimal footprint of a wall-mounted chessboard. When not in use, it’s simply artwork. Many have been surprised to learn that it’s a functional chess set! 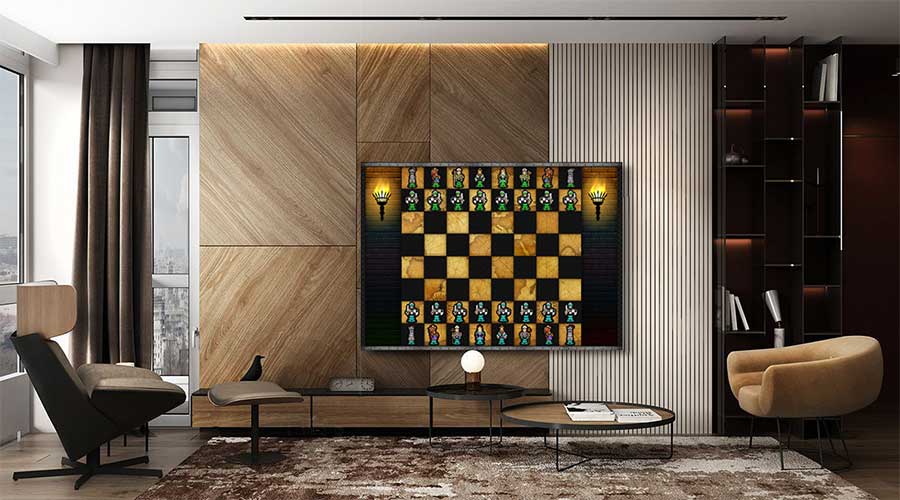 While playing chess, the brain must actively use different regions to interpret, evaluate, and strategize moves to solve problems present in the ancient game.
In fact, a recent study showed that the cognitive benefits of playing chess indirectly decrease the risk of dementia; “overall findings stress that chess could lead to prevention in non-diagnosed populations” (1)
A recent study of The New England Journal of Medicine showed that people over 75 who are involved in mind exercising activities like chess are less likely to develop dementia than their non-board-game-playing peers. 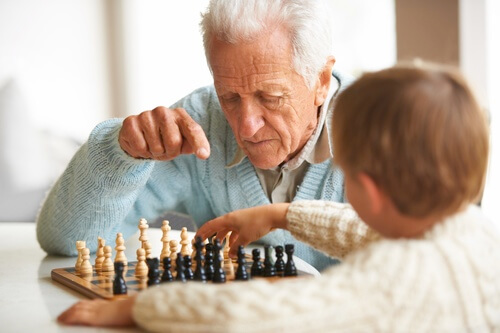 Which, in turn, also reduces the risk of having Alzheimer’s disease, anxiety, and depression.  A recent study of The New England Journal of Medicine showed that people over 75 who are involved in mind exercising activities like chess are less likely to develop dementia than their non-board-game-playing peers.

Imagine your brain uses cables that connect different regions together for communication. The more connections or cables present, the faster and more reliable the signals can become! Learning chess at a young age causes those dendrites to flourish. 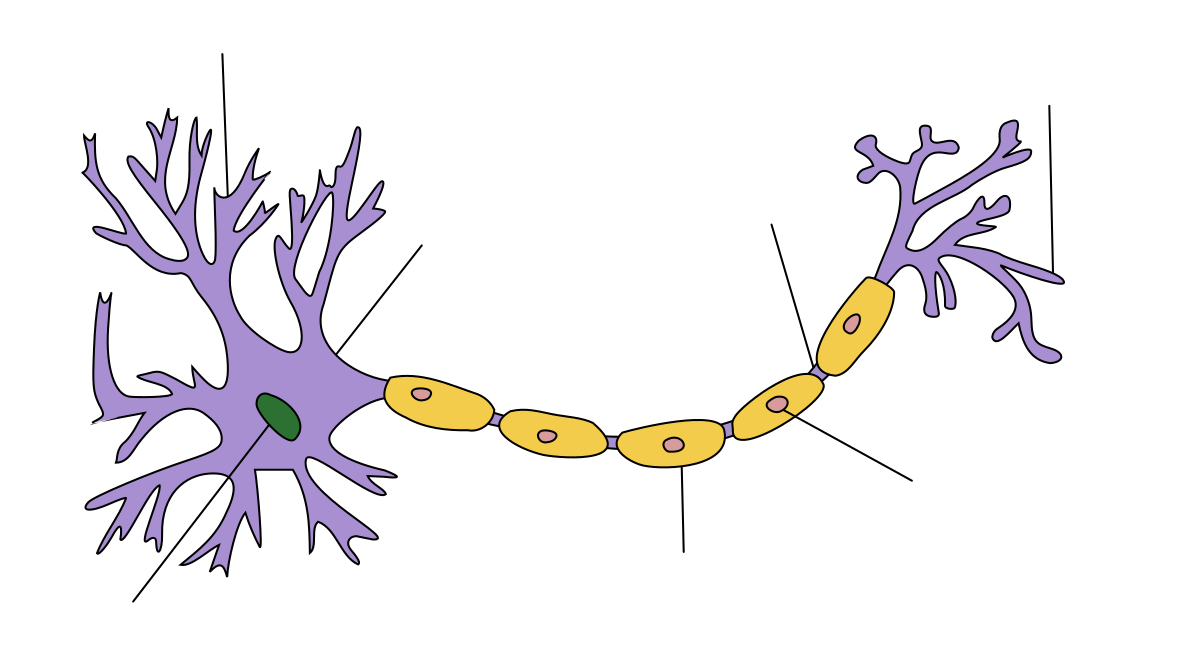 Actually, it was about the dendrites of the brain that are tree-like branches that conduct signals from other neural cells into the neurons they are attached to. So learning chess, at a young age, causes those dendrites to grow, without stopping. Learning chess is continuous activity causing the growth of many dendrites.

Chess is, definitely, the game that will raise your kid’s IQ and it’s not a surprise. A study showed that 4000 Venezuelan students both boys and girls showed IQ scores after 4 months of chess instruction. 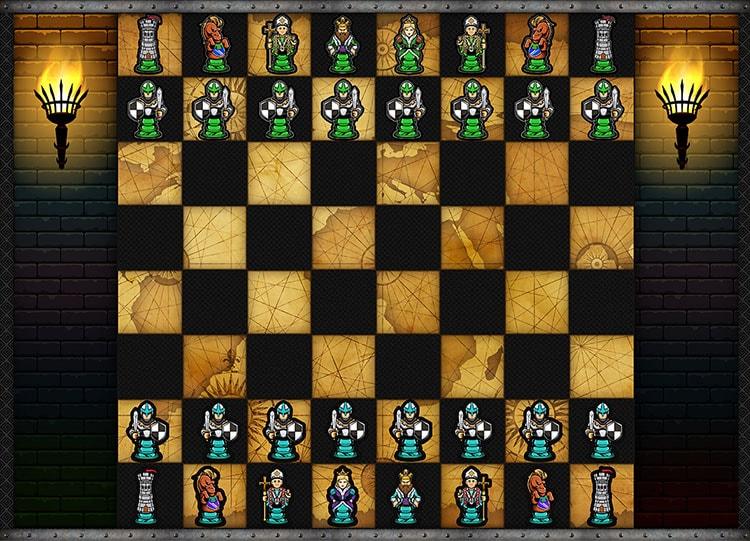 So moving the pieces, is not an ordinary activity, it is the result of raising intelligence. And if you want your kid to shine with their high IQ score, the chess world waits for your child.

In our quick developing world, every day we face numerous problems and obstacles in every step of our life. Some of the problems are being solved some of them not because of the lack of problem-solving skills. 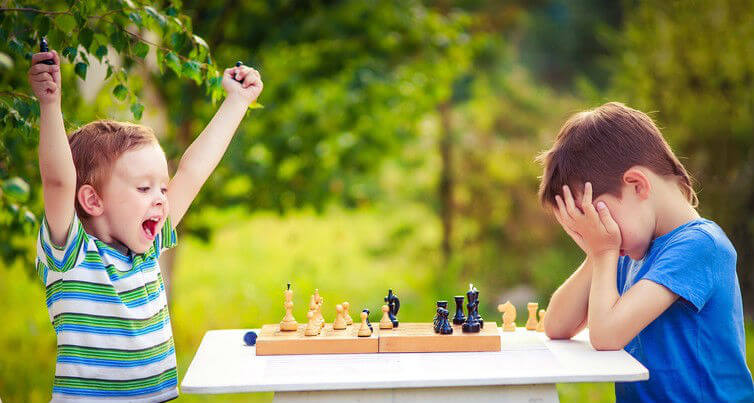 As a parent one necessary thing that you must do is prepare your kid for those problems, teach them how to solve them and move forward. And, earlier you start, earlier you will have independent, self-confident child. Chess is the brilliant example of developing those skills. Let your child be confident, problem-solver through playing chess.

This ability is important in chess calculation due to which players calculate variations 10 moves deep, visualizing the changes, picturing a position some moves down the line, analyzing it extensively

6. It improves the memory of your child

It is a common fact that playing chess improves memory and it’s definitely, true. 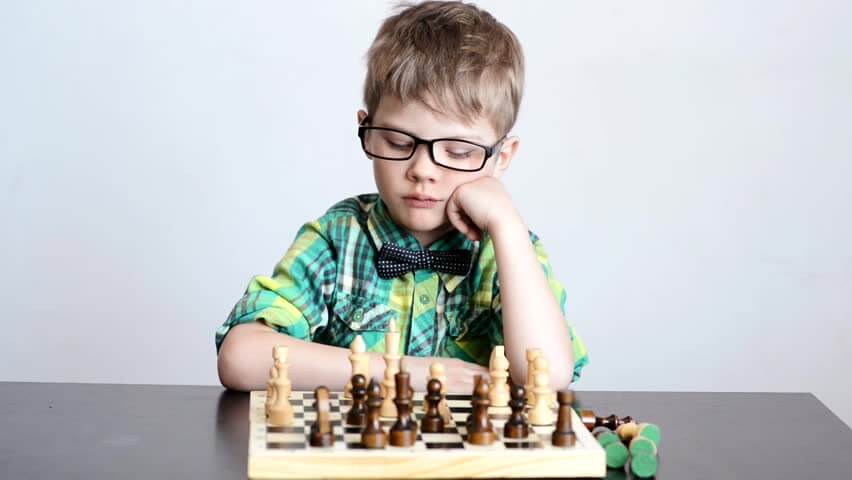 Because while playing chess you should remember your opponents move, remember which positions can help him/her in that situation.  Just remembering, most of the openings, and all that the tips and tricks are enough to improve your kid’s memory.

7. It exercises both sides of the brain

A German study showed that when chess experts were given chess position and geometric shapes to identify, researchers expected to find the players’ left brain being more active, but the surprising thing happened when they saw that the right hemisphere of the brain was equally active as the left one. 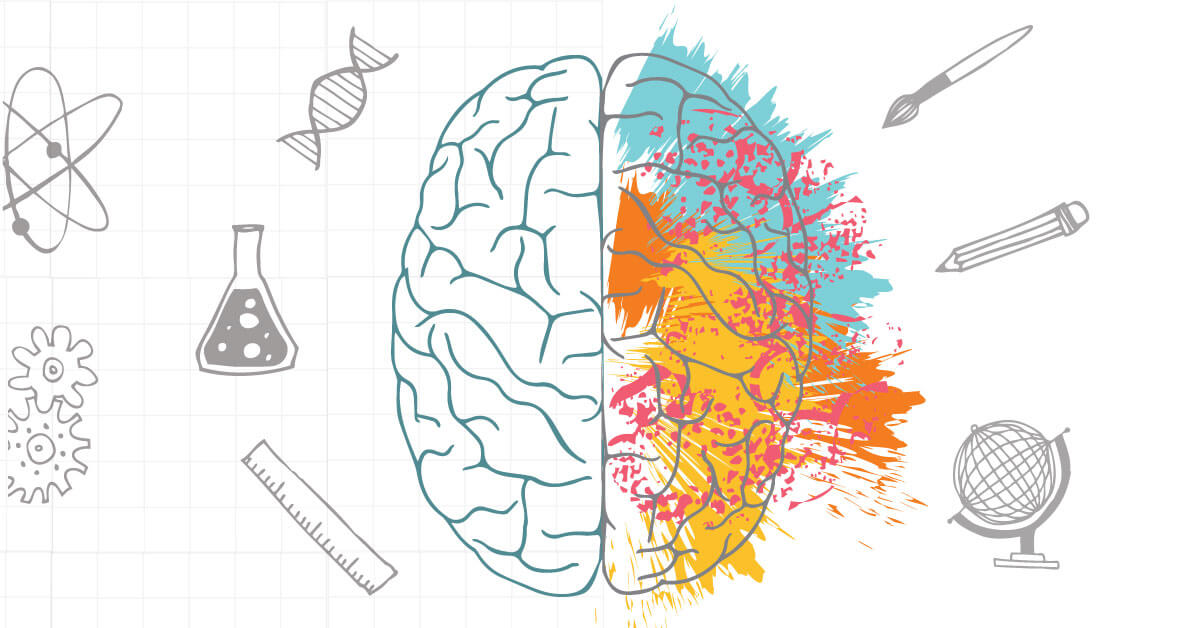 8. It increases the creativity of your kid

Probably, one of the most important organs in our body is the brain. Approximately 3 pounds with 100 billion neurons and 100 trillion connections, is the manager of our body. As you know, both hemispheres of our brain are much alike but there is a big difference in how they work and process information. Our left-side is responsible for analytical and methodical thinking, while the right side is responsible for creative or artistic thinking. 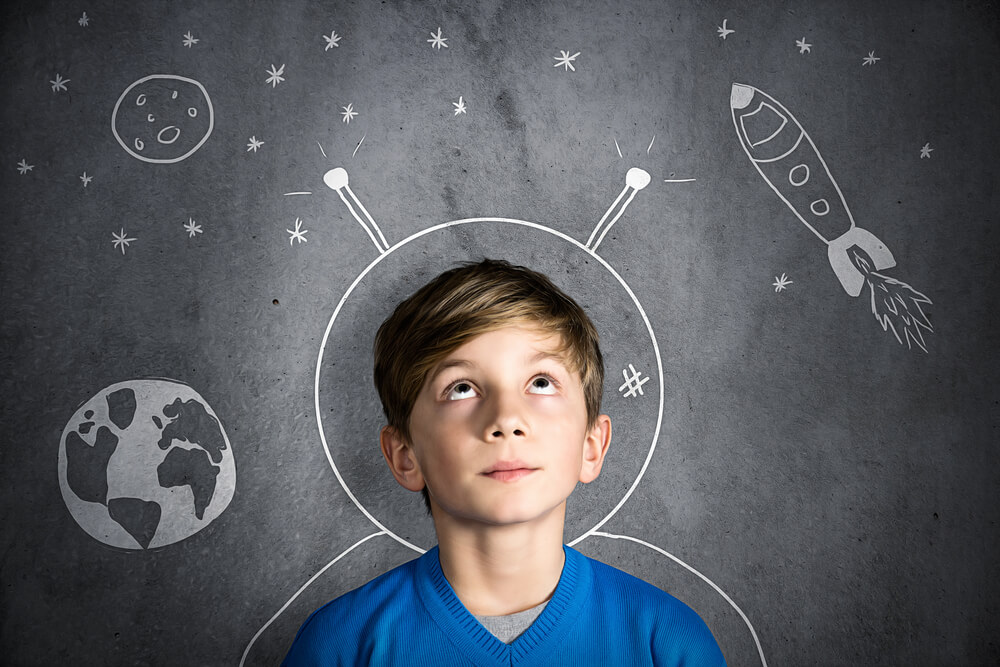 A study passed another research among students from grades 7 to 9 doing other activities, play chess, use computers once a week for 32 weeks to measure the most growth in creative thinking. The students were divided into two groups, but the chess group after 32 weeks scored higher in creativity activities with originality being their biggest area of gain.

While playing chess, concentration is one of the most requirements of the game. It is impossible to play chess and think about something different. 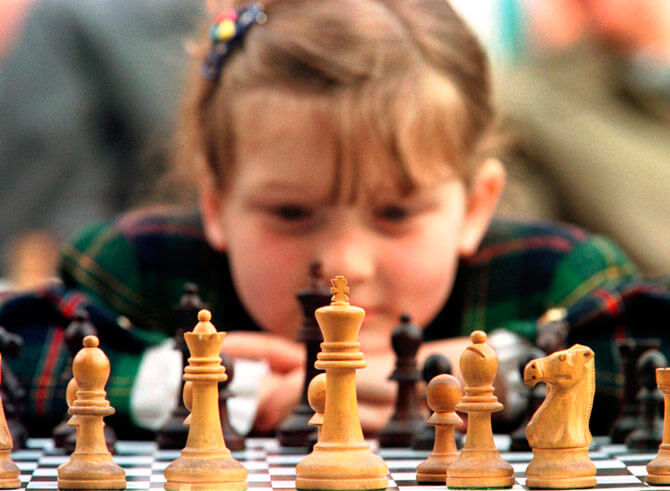 During the game, the opponent won’t tell your kid which piece he moved, so your child should be focused on the game, paying attention to every single detail and piece. As a result, playing chess will help you to develop your kid’s concentration, not only in chess but also in different life situations.

If you remember yourself when you were a teenager, maybe you will regret some things that you have done without thinking about the consequences. You know what is the characteristic feature of all chess players, they plan and predict all the time, no matter where they are. 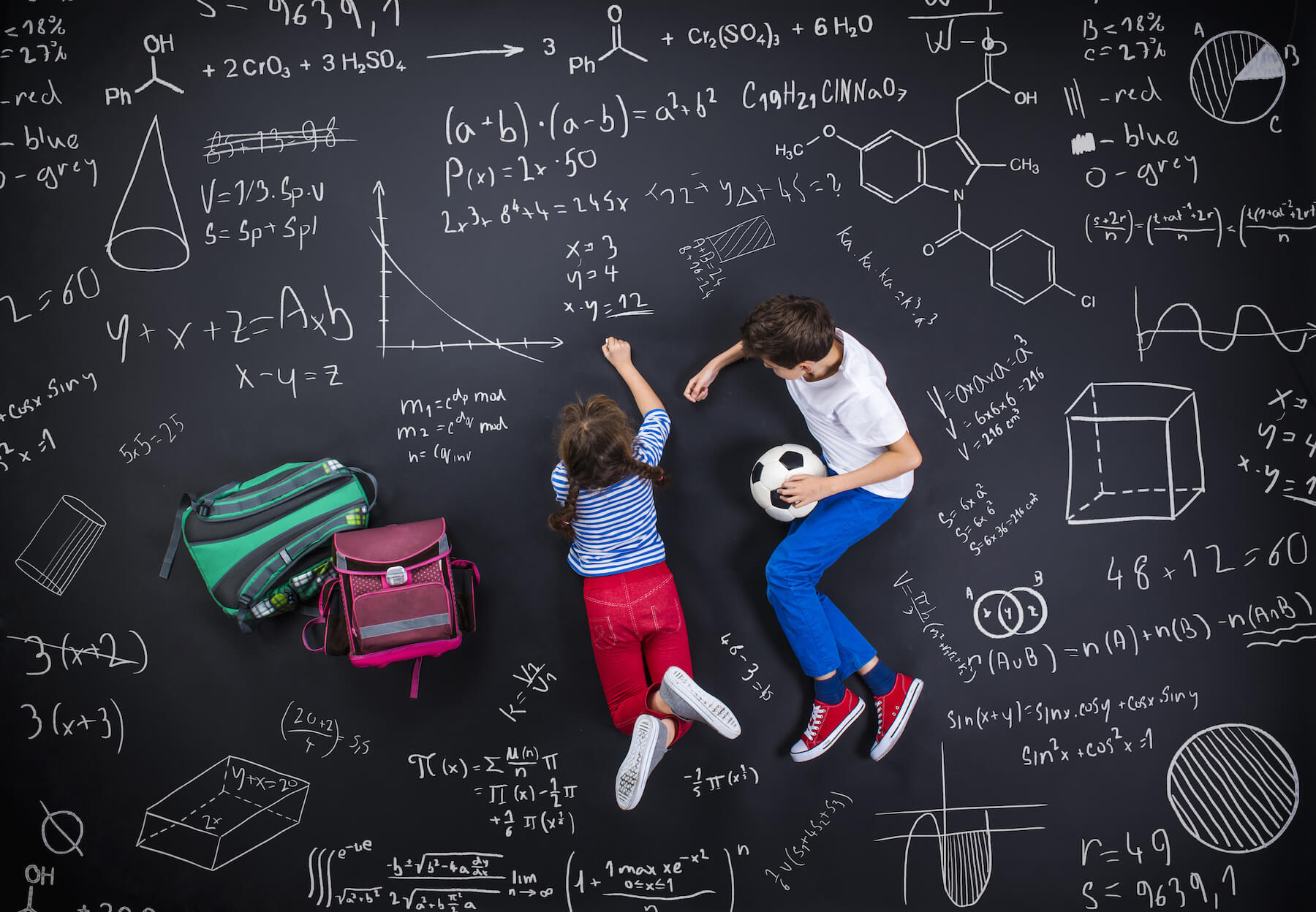 While playing chess, planning is also important, which becomes part of the personality and makes the person always follow those rules. So if you want to have a teenager with planning skills, act now.

The most important thing is the skills that are being taught through this game go far from the board, and prepare the person for life difficulties, and problems, teach them how to solve those obstacles in a creative way. As a result of teaching your children how to play chess, can be one of the greatest things that you will do for them.

Let’s chess together, maybe your kid will conquer the chess world and will become the next Fischer, you never know till you try.